I thought I would drop some notes on the current lineup of new Fall television shows. Last year I did not really go out of my way to watch many new shows. I watch an insane amount of television and I guess I was just feeling a little overwhelmed. So, I didn’t want to add to that mountain at the time. This year, I suppose I felt I had the room in my schedule and I dove right in. Here is a very quick rundown of what I thought of some of the shows. I shall go alphabetical by network.

Let us start with one of the worst shows I have seen in a really long time—Charles’s Angels. I cannot even believe this crap is still on. I think one of my friends said it best. The only reason that this is still on the air is cuz Drew Barrymore is an executive producer on the show.

I actually managed to watch the entire first episode. And if you’ve seen it, you’ll understand what a feat that was. Three very vapid, but beautiful, women. That part is a given. Then there is Bosley. He’s supposed to be some young, hunky, cybergeek. Whatevs. I’ve already wasted too many words on this mess.

Next up is ABC’s attempt to get on the Mad Men band wagon—Pan Am. This show confuses me. I have now watched 3 episodes of this show, and I’m still 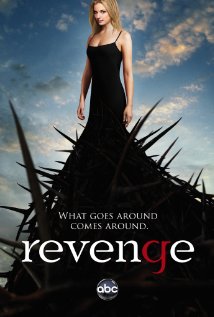 truly baffled. Is this show supposed to be about Pan Am stewardesses or CIA show? So, basically, the airplanes and ladies are just a vehicle to have a show about covert operations for the CIA. Bah. Lame. But I think I might still watch it, if I have spare time. It’ll be one of those shows I leave unwatched until I am so bored and have nothing else to watch.

I saved the best of ABC’s new stuff for last. Revenge is uhhhh-mazing. I’ve seen 3 episodes so far, and each one has not disappointed. It’s the story of a girl come back to where she grew up as a child, and where her father was betrayed by all those around him. I’m super curious as to how this is going to last for more than a season. It seems like it might have been better as one of those one-shot summer shows or something. However, if they figure out how to make this show last more than a season, more power to them. Just don’t make it suck. If you only pick up a limited number of shows this season… this needs to be one. Good stuff.

Last of ABC’s shows that I watched was a complete and utter mistake. I accidentally set Suburgatory to record, and since I had time for it, I figured I would give it a try. SO glad I did. Really funny stuff. I normally hate 30-minute shows. Mainly cuz the majority of 30-minute stuff is sitcoms. And I do not under any circumstances watch sitcoms. I cannot stand the canned laughter or “filmed in front of a live studio audience” BS. I do not need to know when to laugh. I think I’m intelligent enough to know when I find something funny. I’ve digressed… back to Suburgatory. It’s not filmed in front of a live studio audience. Booyah.

It’s the story of a girl who has been ripped out of her known world of Manhattan and been placed into the gawdforsaken world of the suburbs. I like this girl. I like her a lot. She’s witty, she’s rebellious, she’s insecure but strong. The relationship she has with her single-father is very nice to see. Their relationship reminds me a bit of Castle and his daughter, but with even more intentional hilarity. Definitely one of my fave new shows.

I did not mean for this to be this long. And I’ve only covered one network. Well, let’s make this a series about series. Tomorrow’s entry will be all about CBS’ lineup.