Sunday — I met up with Roberto at the Carver Center in East Austin for the free panel about Getting Your Foot in the Door. Our film class instructor was one of three on the panel. So, we went in a display of support and if we learned something new, excellent. The panelists included Kat, Ya’Ke Smith and Christian Raymond of Austin Film Society. They were all great speakers and there was always something to talk about. I won’t say that I learned anything that Kat hasn’t told us before, but I’m still glad I went. It was nice to hear from different perspectives. Kat didn’t go to film school and Ya’Ke did, so that was a new viewpoint. I’m beginning to think all film school types are a wee bit on the snobbish side. Not that Ya’Ke was… AT ALL.. but the more I hear during the Q&A’s and whatnot, I’m starting to definitely get a Film School vibe from folks. But regardless… long live different opinions and viewpoints.

Rob and I then headed over to the Convention Center to attempt to catch Super High Me. We 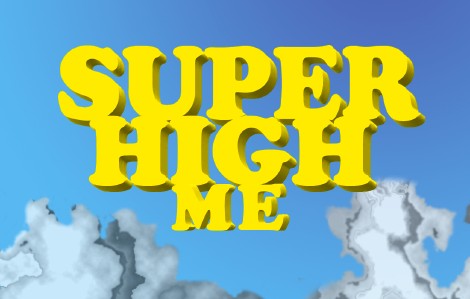 walked around the convention center for a bit before getting in line. We went upstairs to where a lot of the Interactive booths and whatnot were. It was pretty cool. Mike and Alev met up with us eventually. Once we were in the film, I noticed a very uniquely hippie/stoner smell. It’s like a cross between organic soap and patchouli. The film is a spoof of Morgan Spurlock’s Super Size Me. It started as a part of comedian Doug Benson’s stand up act. Overall it was decent, I guess I was expecting a bit more on the medical side or whatever. Something closer to the feel of Super Size Me, instead of oh-my-god i’m so stoned and I am so funny. Definitely entertaining though. 7 out of 10

Mike and I stayed there for Full Battle Rattle. It’s a doc about troops training in a Iraqi village created in the Californian Mojave Desert. It’s a 2 week training exercise where the soldiers and villagers stay in full character the entire time. The villagers live in the village the whole time and the soldier have a camp they live in too. The film followed a few of the soldiers and a few of the villagers. I liked it, but thought the pacing was a bit slow. Still really good though. The Q&A included the two directors and a few of the doc subjects. Since the doc was war related, the Q&A had a slight political edge to it. One of the directors got very passionate with one of his answers but not overly so. His point was just that America and Americans need to be open to dialog. 7.5 out of 10

Mike and I trekked over to the Paramount in the hope of seeing Run, Fatboy, Run. You never can tell with the really big movies, but it doesn’t hurt to try. We did get in, and got pretty good seats thanks to some friends. I really like Simon Pegg, so I overlooked the fact that it was directed by Friends’ David Schwimmer. This 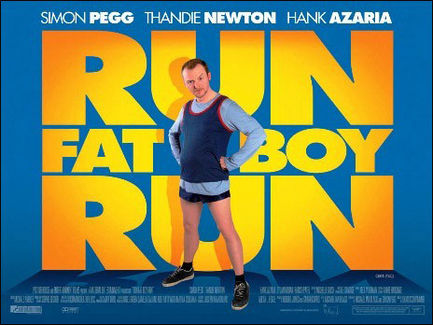 kinda confused me since it seemed like it was supposed to be a british comedy, but it was being directed by an American. Weird. Basic story is dude has hot looking girlfriend who is pregnant and is about to marry her. He then decides it is all too much for him, so he runs away. Fast forward five years and he’s a bit of a loser security guard who lives in a basement who visits his kid regularly. He discovers his ex has a new boyfriend that’s getting rather serious, so in an effort to show how awesome he can be, he tells his ex he’s gonna run a marathon just like her new man. I’m not totally positive what he tells her, cuz the sound went out for about a minute right at the point where the “bet” or whatever goes down. While the entire cast was British, and it was a comedy, I don’t know that I would call it a british comedy. Maybe a watered-down americanized version of what most of America thinks a british comedy is. Bah, just way too predictable and a bit too cutesy, but still really funny. The mass of America will probably eat it all up. 7 out of 10

I’m getting old or something, cuz I haven’t hit a midnight movie yet. That or this SXSW isn’t motivating me quite like last year.