As the SXSW days go by, I am finding it harder and harder to make myself go to any films. My original plan for today’s filmgoing was 5 movies. I made it to 2, and one of them wasn’t on the plan at all. So, the day began with me missing my first film that started at 11am, so that made me rethink. So, I decided to head down to Alamo South Lamar for the 1:30pm showing of Humboldt County. I quickly read that it was about a dude sort of trapped in a 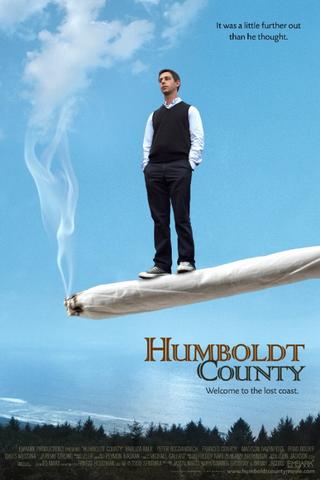 community of pot farmers, and that Fairuza Balk was in it. Since I love Fairuza, and pot seems kinda cool too, I decided what the heck. I make it a bit late for seating, but 30 minutes before the film starts. I get a crapcrap seat in the front, but whatever. 1:30pm comes and goes, and the film still isn’t starting. After another 5 minutes, some SXSW dude comes out and says that the film was so popular they opeend a 2nd theater, and now they have to link the projectors together so they can play it on both screens simultaneously. We get a couple more updates, and the movie finally starts around 2:30pm. Since my next film was in the same theater, I figure I’ll be ok for timing.

The first shot of the movie was almost painfully long as it slowly zoomed out of our lead actor’s face to show us the classroom environment of a medical school. Despite the slow shot, the film actually gets going pretty quick. I liked that the film didn’t necessarily glorify pot and pot farmers, but it used the whole setting as a real-life classroom for our medical student lead. The film was very nicely shot, and I really loved the use of late afternoon/early evening light. I’ll have to remember that for future filming myself. Maybe it’ll allow me to get away with reflectors instead of full-on light setups. Blech. Of course, the beautiful setting of the woods added to the environment and the way the light spills through the trees and whatnot. Ok, I’ll try to stop with the technical commentary, but I really did appreciate the great lighting. The film was really good, and some excellent performances by Jeremy Strong (lead, Peter), Brad Dourif, Frances Conroy, and even the cutie 11yr old Madison Davenport. 8 out of 10

Edited to add: Fairuza isn’t in the film too terribly long. She’s basically the cinematic device to get our lead to the potfarming community. However, there was a great scene of her singing in a night club, and wow. She was amazing. She has a great voice, and I was unaware of that. Nice bit of a surprise. She’s grown up quite a bit from the very first time I ever saw her in Valmont. She just gets more gorgeous every time I see her… which isn’t nearly often enough, IMO.

I stayed at Alamo South Lamar to catch the documentary In a Dream. This seemed a bit unique to me. A documentary about an artist, Isaiah Zagar, and his family, made by that man’s son, Jeremiah. I would imagine most people would want to show their family as a wonderful beautiful thing, and try to hide all the uncomfortable secrets. Jeremiah Zagar does the opposite. He exposes his father, mother and brother’s life as it is. When it’s good, it’s good. When it’s not, it’s not held back. This was a beautiful film. I didn’t know anything about Isaiah Zagar or his art before this film. But afterwards I feel like I’ve seen his art, and I’ve seen the pain that inspires it, and it’s all beautiful. 9 out of 10

This might even have been my last film for SXSW 2008. I’m just not feeling the movie love this year. But, who knows, we’ll see.